With no prior knowledge of what is being heard, a local jazz artist comments on musical selections chosen by 25-year veteran of jazz radio Lenny Mazel. This month’s guest is: Ricky Sweum [saxophonist, bandleader, composer, educator]

I know what this is.  Nice bass intro.  It’s a trio recording.  Pretty sure I had this when I was in high school.  Oh, wait a second, this is not who I thought it was.  This is Joe Lovano.  “Fort Worth,” I think, is the name of this tune.  I’m not sure who the bass and drums are, but I love this stuff.  Kind of reminds me a little bit of that trio stuff that Joe Henderson did, like State of the Tenor.  Yeah, you hear that right there, like what the heck is that?  That’s the most amazingly free playing.  I love the way Joe Lovano, he has this sense of swing that I don’t really hear in anyone else’s playing.  His sound is unique, and yet his sense of swing defines him.  It’s like he feels time in warp speed.  It’s amazing.  It’s definitely something I want in my playing.  I like Ornette Coleman a lot, and this is like the continuation of Ornette, continuing to develop things that Ornette brought to the scene, as far as this freeness of playing.  This whole thing is just a one-chord vamp, and yet he’s doing so much with one chord, and he goes in and out of playing super free, and then just swingin’ real hard with it.  Awesome stuff.

This is Joel Frahm on tenor, and Brad Mehldau on piano, and the tune is “Get Happy.”  That’s just awesome.  I bought this CD when it first came out.  I’d been a long-time fan of Joel Frahm since seeing him on a regular basis while living in New York.  I used to see him play with Matt Wilson’s group.  Joel Frahm is this absolute burnin’ straight ahead player but on the verge of doing a bunch of modern stuff, as well.  I went through a huge phase when I was into Keith Jarrett, spent years listening to him and all these other players based out of a Keith Jarrett thing, and Brad Mehldau is one of those young guys that is just kind of keeping that torch alive and doing a lot of things with music that even Keith wasn’t doing.  Love both these players, and then they put a CD out together of duos.  They actually went to high school together.  That tune we just heard is kind of straight ahead, but even in that context, a bebop sort of context, you can hear how on the drop of a dime they can go left field, and just kind of go wherever the winds blow them.  Both of those players have that ability.  This particular one showcased their bebop chops, but you can also hear where they’re taking music to new places.  Good stuff.

The tune is “Easy To Love.”   Definitely older than the last two more contemporary recordings.  I’d have to place it maybe late 50s.  I love that element of swing that the congas bring.  Bebop master, that’s for sure.  Beautiful, husky tone.  I would guess Sonny Stitt.  Gene Ammons?  OK, thus the huskier tone.  I’ve got a record of Sonny Stitt and Gene Ammons together.  They sound pretty similar, well, their sound is not similar, their style is similar.  Gene Ammons has the huskier sound.  Well, that was awesome.  I’ve got to check this one out.

I was going to say Thelonious Monk, but the drummer just did some stuff that I never heard any of Thelonious Monk’s…what the heck?  The piano player is playing “Evidence,” no, “Misterioso,” and I can’t think of the name of this tune, but it’s probably the one “Misterioso” goes to as a contrafact.  Oh, this is “Old Black Magic.”  The tenor player has a nice smooth sound, not as smooth as Stan Getz, kind of coming out of a Stan Getz thing, but it’s definitely not Stan Getz.  Reminds me of George Coleman at times, but probably one of those guys I don’t have any of his recordings.  An older player, definitely, but who’s kind of kept up with the times.  He’s got a lot of hipness in him.  I’m going to guess James Moody.  We recently lost Moody.  I’m kind of sad about that.  I got to perform with him once when I was in Gerry Gibbs’ band down in San Antonio, Texas.  He was very, very, very filled with energy, and incredibly supportive to all the younger kids that were in the band, and he’s passionate about everything.  The cool thing about James Moody is that not only is he an incredible saxophone player, but he’s a great flute player and singer, as well.  When I was putting out my CD I sent him a copy of it, and he was actually one of the few guys that  listened to it, and was real supportive, had some good things to say about it…and we shared the same birthday, March 26.

I love this.  I can’t tell you what the name of the tune is.  We’re listening to Pete Christlieb right now.  I don’t know who that guy is, he’s kind of coming out of Pete Christlieb a little bit.  And that other guy, I know who it is, I just can’t think of his name, he has such a unique approach, he has his own thing going on.  It’s just one of those blowing tunes.  It’s always fun when you get multiple players of the same instrument on a recording because then you can just really hear how different each one approaches, or the similarities.  For me the best part about that recording is Pete Christlieb.  I’ve always been a huge fan of his, ever since I was a young kid.  I grew up in Oregon and he was living in the L.A. area, and he would pretty much annually make a trek up north doing tours, so I got to see him play live a number of times, and made recordings of those gigs, and those recordings have been some of my most transcribed solos, so those were hugely influential to how I sound, and I actually got to study with him a bit up at the Port Townsend Jazz Camp.

I love this stuff.  Out of all the old-school players, Ben Webster’s got to be one of my favorites.  You gotta love that tone, and the way that he phrases melodies, his vibrato.  I’m going to guess that this is what he did with Oscar Peterson, and I’m not sure what tune this is.  Ray Brown on bass?  Oscar is one of the most swingin’ piano players ever.  Everything he plays is perfect.  It’s like a perfect combination of bluesy characteristics and bebop characteristics.   I totally loved that.  Ben Webster, I mean, how can you not want to play the saxophone after hearing a sound like that?  It’s so cool to realize that everyone  has such a unique sound, and yet some more unique than others, and Ben Webster is one of those guys that just really does it for me personally.  His unique qualities just make me happy.

This is someone doing one of Coltrane’s tunes off of “A Love Supreme.”  Is that “Pursuance?”  Didn’t sound like Coltrane to me, though.  That sounds like Eric Alexander.  I love the way he plays.  He’s always been a big influence.  When I moved out to New York I went to William Paterson.  Eric had just graduated a couple of years before I got there, and the heat that he generated at that school was still burnin’ hot when I went there.  Used to go watch him play quite a bit, and occasionally he’d let me sit in, so he was always real good to me.  I haven’t heard this.  He’s stretchin’.  One thing I like a lot about Eric’s playing is that he’s very rooted in the tradition, like playing bebop, very much a keeper of the flame, and yet he can play like this, he can go into a Coltrane bag and he can bring all this modern stuff into the mix, and a lot of just pure bebop players can’t play this way at all, and yet he can go anywhere.  Great solo, it’s nice to hear him stretch.  So many of the recordings I have of him are just a couple choruses, then he’s outta there.  That’s one of the longest, freest solos I’ve probably ever heard from him.  Cool.

“Blueberry Hill?”  He keeps doing stuff that I feel like it’s familiar to me, like I might know who this is, if I heard just the right thing.  It’s mostly about his sound that’s the unique part of his playing.  I like listening to this, it’s really cool hearing a duo of sax and bass, just a counterpoint of two instruments.  It’s fun listening to it.  It’s just swingin’ stuff, but I think you stumped me on who it is.  You got me on that one.

This tune is “Caravan.”  Real smooth sound.  He’s playing some Ben Webster in there, and he’s got the smoothness in his phrasing that reminds me a lot of Stan Getz, but they’re stretchin’ like crazy.  It’s gotta be more modern, but it’s someone who really loves the old-school players.  This rhythm section is playing very well together.  That’s pure Stan Getz right there.  I probably don’t know who this player is, but this is someone that I would like to get to know better, because I really liked what I just heard.  Well, that was cool, that’s some good stuff.  That was a lesson for me.

This, to me, sounds like the Prez, Lester Young, and this is not early, I think this was later in his life, probably the recording he did with Oscar Peterson.  This tune is “Almost Like Being In Love.”  I love this because it has a sense of  listening to a big band play because you’ve got the comping piano, but you’ve got that background of guitar that’s just strumming away there like a lot of the old big bands would comp behind soloists that way, but it’s nice to hear it in the small-group context.  I love Lester Young.  I got into him much later, I was into Ben Webster way before I was into Lester Young, but I had a teacher in New York who pretty much insisted that I get into Lester Young.  He kind of had to force me to do it, but once I did it I just fell in love with him.  He’s one of the true innovators as far as influencing other players to create change, like Louis Armstrong, it’s debatable whether jazz would even be here without his influence.  And I think it’s arguable that Lester Young had that same impact on jazz, at least with some instrumental players, particularly early Lester Young when he was on the scene back with all those old-school tenor players with real husky sounds, like Coleman Hawkins and Ben Webster, and all of a sudden you’ve got Lester Young who comes around and he has a very different approach to the way that he plays the saxophone.  It’s a much smoother, straighter tone, more velvety, less huskiness.  There are some early recordings of Charlie Parker where he’s playing tenor, and it’s fun to hear the Lester Young solo, and then you listen to the Charlie Parker solo, and here Charlie Parker is coming up listening to people like Lester Young, and it’s arguable to say that Charlie Parker plays the way he does because of Lester Young’s influence.  It shows that people like Charlie Parker, a huge influence in the bebop community, listened to guys like Lester Young, so people like myself, we’ve got to do our homework. 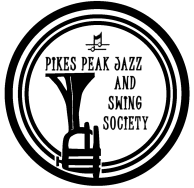